I’m afraid this week is already proving to be challenging with all the work I have to do. On top of my writing, I’m currently trying to get a side line doing articles for websites. So, it’s busy busy.

However, I do have time to share some great frugal tips…

And there’s also these ones…

Hey everyone! How are you all? Hope you’re all doing good this week. Today, we’ve battened down the hatches as high winds and rain batter the house. However, the previous few days were gorgeous but cold in Scotland – some places even had snow. We had a tiny flurry, but that was it. The dry and finer weather did allow me to go out and finally cut the grass (it was in danger of becoming a meadow) and clear up the path.

Anyway, enough about the weather, on to today’s post and it’s a post about frugal successes and frugal fails.

Okay, so my frugal successes recently have been cooking from scratch. I cooked a whole chicken in the slow cooker the other day and the meat I got from the bones is allowing me to make three dinners for me and the kids. The first was just chicken breast with gravy and vegetables. I had that, but the kids refused. They made their own (NB they are both in their teens and able to fend for themselves in the kitchen). I don’t know why they wouldn’t eat it because it was amazing. Cooking whole chicken in the slow cooker is THE way to do it. It’s tender and delicious.

Apart from the chicken breast, I made chicken noodle soup from the liquid that was leftover in the slow cooker.

Anyway, the following day, I cooked unsmoked ham in the slow cooker. We had that for dinner with veg. The leftovers I used thus: half went into a stir fry the following evening along with some chicken, the other half (plus whatever was left of the chicken) is now in my freezer to be made into chicken and ham pie. Delicious.

Another success I had recently was in doing small repair jobs around the home rather than getting someone in to do it. It’s something I’ve always done and I’m getting a dab hand with the electric screwdriver, although I cannot hammer in a nail straight to save my life (I need more practise). Have also been painting an old free standing cupboard white to make into a new glass cupboard.

I’ve also been knitting some tea cosies which I will be selling in my Etsy shop, Vintage Knit Treasures, very soon.

Now on to the fails. There was only one and it didn’t cost me that much. I had a friend round for tea in the (cold but sunny) garden the other day. The rules have relaxed a bit recently and it was good to catch up with her. I didn’t bake, I’m afraid to say. I just didn’t have the time. I popped down to Morrisons and picked up some cream cakes instead. Here’s an image of baking for you anyway, in case you are in the mood for it.

So, what are your frugal fails and successes? Any you care to share with me? Just send me a comment.

Right, that’s me for this week. Got to get on. Til we speak again. 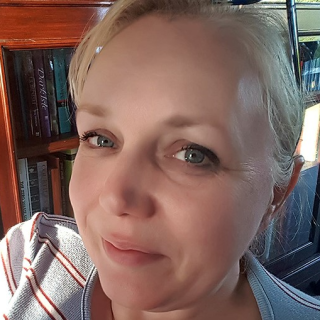 Hi. I'm Dawn, the Canny Lass (or trying to be), and I'm an writer who is very much trying to be better at buying less and being greener. This is my blog to keep me on track. If you are interested in my writing, go to my other website: danelsonauthor.com

If you want it, I will write it

A daily selection of the best content published on WordPress, collected for you by humans who love to read.

The best longform stories on the web

The latest news on WordPress.com and the WordPress community.